skip to main | skip to sidebar

New Photos on the Onion Pinch 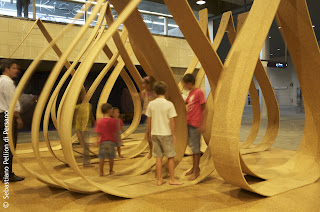 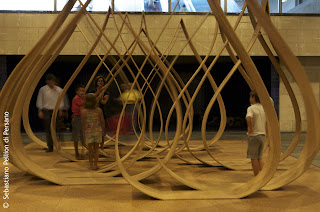 Onion Pinch is a cork installation that covers an area of 6 per 7 meters (42 square metres), it was exposed in the Lisbon subway station of Cais do Sodre and in the international fair on Composite Materials Compotec.
Posted by Tiazzoldiblog at 4:59 AM

The Digital Primitive Event # 2 is the second event of a sequence initially presented at the Giulio Capellini Young Talents selection for the Temporary Museum for New Design hold in the Milano furniture fair, april 2009

The Installation for Digital Primitive Event #2: Iterative Design engages the idea of time trough the iteration, repetition and transformation of specific geometrical configurations. The scope of the project Digital Primitive # 2 explores the idea of digital primitive, which is manifested in the contrast between the speed derived from the computational iteration, and the slow from the strength and resistance of materiality.

Designed by the New York based architects and designers Caterina Tiazzoldi and Eduardo Benamor Duarte (team Tania Branquinho and Mauro Fassino) in collaboration with (PASTOFO and POLITROFA), is an adaptable chair for hotel lobbies, restaurants and airports waiting areas.

Inspired from the fractal growth of a shell, Throw Felt Along Curve is realized in felt an fiber glass.

Its design has been generated with a parametric logic (deriving from a Grasshopper application) that allows to reconfigure in accord with the location and user's inputs.

The prototype of the configuration Porcupine has been expressly designed for the reception space of the Altis Hotel in Lisbon. The installation emphasizes the question of the relation existing between the proliferation of abstract geometrical configurations and their becoming object or space trough material implementation.

It engages the difference between an iteration based on an abstract geometrical model that can be downloaded and repeated in any part of the globe, and the resistance of the specificity of material materiality to such a temporal contraction.


Porcupine is realized with 40 sheets of felt realized by Pastofo, supported by a fiber glass skeleton realized by POLITROFA.
The sheets's height varies from 68 to 30 cm while their spacing shifts according to the pressure of the body's weight or the proximity of a group of sheets.


The design for the porcupine seat is processed through the iteration and transformation of a same component.

In response the warmth and malleability of the felt produces a non-woven cloth that is produced by matting, condensing and pressing fibers. These fibers are produced by recycled residual waste processed in a sustainable manner into felt.

The selection of the material become the unique condition to actualize geometry: It is by throwing felt, and not wood or steel, that the porcupine becomes a piece of design.

What previously was an abstract procedure acquires the capacity to change the matter's performance.

The Installation Onion Pinch: Digital Primitive Extended for Experimenta Design09 is a design / production process exploring the idea of time as iteration and will take place in the Lisbon subway station of Cais do Sodre and in the international fair on Composite Materials Compotec.

The design for the Installation is processed through the iteration and transformation of a same component - a sheet of cork arranged as an "onion ring". Shape and profile transformations occur by literally pinching the cork with a bolt. The shape variation of the onion articulate the space in a exhibition path featuring the work of several New York based, architects, designer, academic researchers and manufacturers. By exploiting the cork flexibility the shape transformation and connection between parts describe the transformation and the contamination existing in the New York ground between research, education, practice, manufacturing and corporate world.

Digital Primitive Extended follows the track of the Digital Primitive practice in New York by single out from an apparent common ground, practices that are entangled and co-dependent operating between academia, large scale corporate design, design or digital manufacturing practices. The stress placed in individualizing one practice can only determine the location and levels of associativity and physical proximity between all parts in the configuration.

With support of Politecnico di Torino

With contribution from Eng. Antonio Espinhosa 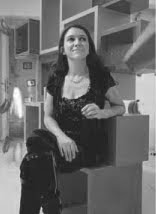 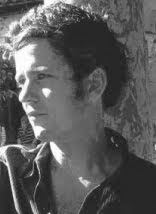 Eduardo Benamor Duarte is an architect and founder of the studio Benamor Duarte Architecture, based in New York City and Lisbon.Eduardo Benamor Duarte holds a Master of Science in Advanged Architectural Design from Columbia University, and a Bachelor of Architecture and Urban Design from the Technical University of Lisbon and is a licensed architect in E.U.
In addition to his professional practice, he collaborates with several academic institutions, and is currently an Adjunct Professor at the California College of the Arts.
Benamor Duarte's design work was published in the magazines (Domus, A+D+M, Elle Decor, AD France, arq.A and Expresso).
http://www.eduardobenamorduarte.com/
http://www.seelayon.wordpress.com/